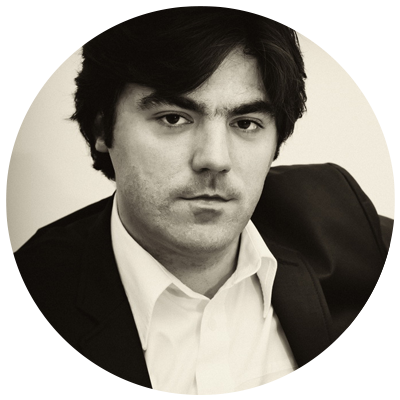 Stevan Spalević was born in Niš on 9th July 1983. He finished primary and secondary school of music in his home town in the class of professor Milena Rajković. In 2007 he graduated and completed master diploma at the Academy of arts in Novi Sad in the class of professor Svetlana Bogino. At the moment, he is attending Ph. D studies at the Faculty of Music in Belgrade in the class of professor Aleksandar Serdar. In 2018 he completed Postgraduate studies at the Scuola di Musica Fiesole in Florence in the class of Bruno Canino.       During his period of education, he won a plenty of prizes in Serbia as well as abroad. Some of them are mentioned below: –      I prize at the Republic competition in chamber music category in trio “Skriveni cvet” with flutist and oboist, Belgrade, Serbia, 2001. – Laureate at the International competition “Mihajlo Vukdragović” competition in Šabac, Serbia 2002. -Laureate at “EPTA – Scriabin & Bartok” competition in Belgrade, Serbia 2005. –    Semifinalist at “Alexander Scriabin” competition in Grosseto, Italy, 2006. –            Laureate at International music competition “Davorin Jenko” in piano duo category in duo “Stevan Nemanja”, Belgrade, Serbia, 2016. He was chosen to be the best among all graduated students at the University in Novi Sad in school term 2007/ 2008. Also, he worked as an assistant at the piano department at the Academy of arts in school terms 2005/06 and 2006/07. He has been studying with number of professors at master classes such as András Schiff, Leon Fleisher, Paul Badura-Skoda, Arnulf von Arnim, Bruno Canino, Stephen Kovacevich, Dmitri Bashkirov, Karl-Heinz Kämmerling, Malcolm Bilson, Robert Levin, Dmitri Alexeev, Alexei Lubimov, Jacques Rouvier, Sergio Perticaroli, Arbo Valdma, Konstantin Bogino, Valery Sigalevitch, Stanislav Pochekin, Boris Romanov, Sergej Markarov, Yuri Kot, Vladimir Ogarkov and Felix Gottlieb. He has performed in Spain, Germany, Austria, Italy, Bulgaria, Bosnia & Herzegovina, North Macedonia as well as in important concert halls in Serbia. He appeared three times as a soloist in Piano concertos by Mozart, Beethoven and Brahms with Niš Symphony Orchestra conducted by Vanesa Kremenović and Svilen Simeonov. He had a debut as a conductor of Symphonic orchestra “Amoroso & friends” at the National Theater in Leskovac, Serbia, and he has appeared as a conductor and a pianist with the City Chamber orchestra “Carica Teodora” in Nis. He is a member of a piano duo “Stevan Nemanja” with a pianist Nemanja Egerić with whom he won several first prizes in 2016 at competitions in Serbia. From 2008 to 2014, he was working as a Senior Artistic Associate – accompanist at the wind instruments department at the Faculty of arts in Niš (accompanying flute, clarinet and horn). From 2014 to 2016 he was working as an Assistant at the piano department at the Faculty of arts in Niš. From 2016 he has been working as a professor at the piano department at the Faculty of arts in Niš and at the piano department at Faculty of Philology and Arts in Kragujevac.