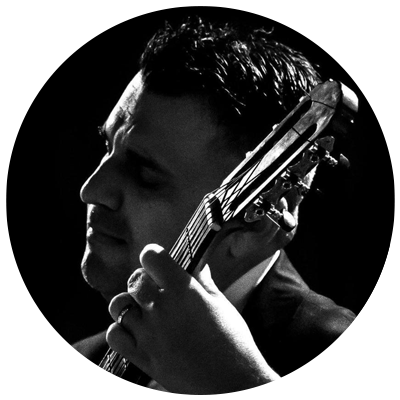 Born in Split, Croatia in 1972. In 2002 he won the first absolute prize at 8th International Guitar Competition „Citta di Casarza Ligure“. Holder of a variety of prizes by the Croatian Ministry of Education and by International Commissions, for brilliant success of his students, with whom he has won more than 300 international prizes and more than 70 competitions.  Performed at various concerts through Europe as a soloist and a member of various chamber music ensembles. The past 30 years he spends as a guitar teacher, professor or lecturer in different music schools in Croatia, Bosnia and Herzegovina and Slovenia and he worked as an assistant of Professor Carlo Marchione at the Music Academy in Lovran, Croatia. Afterwards, he continues working with the class as a lecturer and as a high lecturer on the same Academy. Different State institutions related to education have awarded him with numerous prizes and recognitions for his successful work with students. In parallel with educational work, he composes pieces for classical guitar as well as for modern and performing music, for soloists and chamber orchestras. He achieves special recognition for the success of the International guitar festival „Omis guitar fest“ (Croatia) as its founder, which he is still directing. Besides working in Music school in Omiš, he holds the Master classes across the Europe and acts as a member of jury on numerous international guitar competitions.