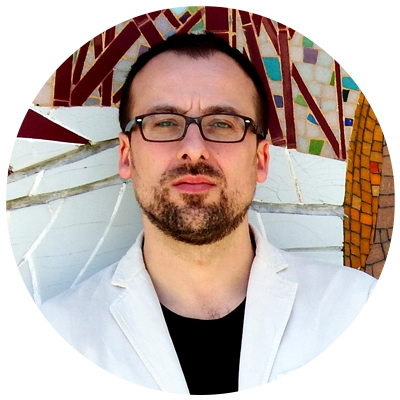 Danijel Cerović is an internationally acclaimed recording artist, touring musician and pedagogue from Montenegro. He is frequently invited to perform at international concert series, festivals and concert halls all around the world, such as Guitar Foundation of America Convention, Concertgebouw (Amsterdam), Manuel de Falla hall – (Madrid), Granada Festival Music y Danza, Koblenz International Guitar Festival, Shenyang Guitar Festival (China) and Daejon Guitar Festival (South Korea), A Tempo, Kotor art festival (Montenegro). He regularly plays with orchestras and chamber music ensembles which in the past included the Montenegrin Symphony Orchestra, Daejon Symphony Orchestra (South Korea), Shenyang Symphony Orchestra (China), Mossani Strings (The Netherlands), Camerata Quartett (Poland) and Rubikon Quartett (Montenegro, Serbia), as well as giving masterclasses, lecturing on Bach transcriptions and adjudicating at Universities, festivals and competitions in Europe, USA, Canada, China and South Korea. He graduated at the Faculty of Music Arts in Belgrade in the class of Professor Vera Ogrizović, and completed his master studies in guitar at the Conservatory in Maastricht in the class of Professor Carlo Marchione. His solo repertoire includes the transcriptions of renaissance and baroque music and original compositions dating from the nineteenth and twentieth centuries, with a special emphasis on contemporary music originally written for guitar and ensembles with guitar. His ultimate goal is to broaden the guitar repertoire and further integrate the instrument into the family of classical instruments. Recording with music of D. Scarlatti, F. Sor and M. Giuliani was published by MMA Records from Montenegro. As a member of the Montenegrin Guitar Duo, together with guitar virtuoso Goran Krivokapić, they arranged and recorded J.S. Bach’s six English Suites for NAXOS. This world première recording received praise by both audience and music critics alike such as the American Records Guide, Gramophone, Classic Today, Guitare Classique and Soundboard Magazine for their historically informed performances in a new, fresh approach on two guitars. Their début recording with works by Carlo Domeniconi, Ástor Piazzolla and Dušan Bogdanović was released in 2013 by the MMC Records. His recent project includes recording and performances of music by Sylvius Leopold Weiss arranged by himself, which will be published by NAXOS in 2020. Together with the mezzo soprano Amanda Stojović, they formed Duo Amarilli in 2005. The duo regularly gives concerts, both in their homeland and abroad . Their first CD which includes works by Vivaldi, De Falla and Bogdanović, was released in 2012 and published by MMC Records Montenegro. Danijel Cerović was co-founder and artistic director of the International Nikšić Guitar Festival and Competition. Since 2003 he lectures at the Music Academy – University of Montenegro in Cetinje and was a guest professor of guitar at the Music Academy in East Sarajevo. He has been active in the “Rhapsody in School” project on a regular basis, an outreach initiative of Lars Vogt which devotes itself to bringing classical music into the classroom. He is a member of the artistic board of the Montenegrin Music Centre and the Montenegrin Symphony Orchestra.